Hardware provider VBH has promoted Pamela Paterson to the position of Operations Manager at the company’s East Kilbride facility.

The East Kilbride site deals with VBH’s customers in Scotland, Northern Ireland and Ireland, as well as some in the English northern counties.

The growing number of customers within these areas, coupled with the increased workload brought about by record sales levels, have resulted in Pamela assuming more responsibilities for the day-to-day running of the site.

Pamela, who joined VBH in 2002 as an internal sales co-ordinator, is the main internal customer contact at East Kilbride and also liaises with local colleagues and those from VBH’s other sites to ensure that the correct stocks are in place and that customer orders are processed quickly and accurately.

Pamela said: “I’m very pleased that my efforts have been recognised by this promotion. The team here at VBH EK is very tight knit and we always strive to do our best for our customers and for VBH.

“We may be small in number but we pack a punch where it comes to customer service. This is reflected in the fact that two of our warehouse team, Jonny Torley and Cameron Cole each received enough nominations from our customers that they both reached a final shortlist in November’s National Fenestration Awards.”

Allan Price, General Manager for Scotland & Northern Ireland concluded: “VBH Scotland and the customers that we serve have always been a major factor in the success of VBH and that continues to this day. It is vital that the day to day running of the depot is in safe hands, and that’s precisely what Pamela gives us.”

Inspiring the next generation

Engineered for Growth: The rise and rise of... 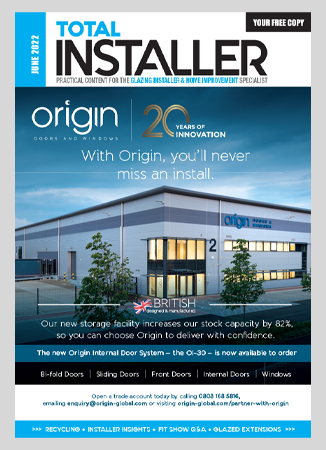