Home Installer Corner The benefits of working smarter, not harder

Fortress Windows had no problem attracting business, but making money was a challenge. Here, co-owner, Steve Duddridge (pictured above) reveals how the company worked with fabricator, Sternfenster, to turn things around and make the business profitable.

Winning business and getting the job done was never a problem for Fortress Windows Chester. The Father and son-run business had a good reputation locally, winning much of its business through word of mouth recommendation. It had two fitting teams on the road and a growing team in its office.

Despite this, it’s then co-owner, Steve Duddridge, couldn’t make the figures work. The turnover was there but the expected profit wasn’t. “My focus was on running operations. Surveys, placing orders, making sure the lads had what they needed to get the job done. I wasn’t involved in the ‘business’ side,” he explains.

“I spoke to Mike [Parczuk, Sternfenster] who we buy from and took a look at his price list for Starglaze, its retail business. We’d researched our own list few years back and then allowed for inflationary and price increases – and I thought that was where we were losing money.

“In reality we weren’t actually that far away. It was a general problem with the way that we were run and structured as a business – we had issues not one or two but a lot. My dad had health issues and said to me ‘I just need to retire’, so it came to a head just before Christmas.”

Steve formed a new company, Fortress Windows and Conservatories, in January this year. This gave him the opportunity to build the company from the ground-up, putting in place new processes and structure, drawing on support from Sternfenster, its MD Mike Parczuk, and a team of business providers which it appointed to support him.

“Mike knows his stuff, there’s no doubt about it,” continues Steve. “We agreed that the best way forward was to draw a line under things and move forward with a new company, with systems that I was putting in place to allow me to have a better understanding of the business.

“Insurance-backed guarantees, start with FENSA, put my own insurance in place, the vehicles, vehicle insurance and work out the operating budget, overheads – the turnover that we needed to achieve a profit.”

Staged payments
Another key element in its turnaround strategy was the introduction of staged payments, the absence of which in its former guise, had cost Fortress dear.

“We’d been caught for non-payment a couple of times,” continues Steve. “I don’t know why we hadn’t done it before but staged payments have massively reduced our risk of exposure.

“For example on a conservatory we split it into four payments; a 25% deposit; a 25% payment when the base has gone in; 25% ‘closed-room’, so when the glass is in and its weathertight; and 25% when I’ve been there, walked round with the homeowner and job is signed-off. It’s simple but it’s transformed our cashflow.”

Used across home improvement (other than windows and doors) Steve said he understood why some companies might be hesitant about the use of staged payments, particularly in areas where competition was fierce, but argues that the benefits far outweigh any risk of lost business.

“Sometimes people want to hold on to their money a little bit longer so that they hold the cards and won’t want to pay in stages.

“The trust has to work both ways, if someone isn’t prepared to make a stage payment then why? Any business that we have lost because of that is busines I don’t want.

“We tend to introduce at the point at which customers have already chosen us to do the job so already put trust in us, we explain it and they don’t seem to mind.”

Increased visibility of ‘cost of job’
Fortress Windows has also tapped into the tools supplied to it by Sternfenster, including its own CRM system, to build a better understanding of the cost of each job, profitability, and helping the team to identify the work that was costing it money and adjust its pricing structure accordingly.

We used to do a lot of remedial work, including for estate agencies, including lock replacements, and we would charge say £40. In creating an opportunity to step back in the business and see what my overheads were, I could see that I should have been charging more.

“So now when Mrs Jones phones up and says I want a lock replacing for my door we say the lock is going to be £55 but it’s going to cost her another £85 plus VAT for that hour for us to come and do the work because that’s what I need to return a profit.

“Prior to that we were taking on what seemed like loads of work and charging £30 to change a door barrel when it should have been £140. That’s what it costs us to make a profit and carry on as a business.

“The systems Sternfenster has supported us to introduce pulls in everything into a spread sheet so we can understand the cost of the job. How long it took for someone to fit it, what the cost of purchase was, all the overheads so we can see that we’re getting our pricing right.

“So now in maybe one in 20, maybe two, there may be a loss but I have that information, I can look at it and understand why it happened and address it now as opposed to 12-months’ time when we might have repeated the same mistakes and its causing a much bigger problem in our accounts.”

“Every job that we do the lads have to sign to say that they took ‘x’ amount of trim or so many tubes of silicone. It’s very difficult to keep that down to a tee but it delivers a number of benefits.

“First the guys know that we’re now monitoring it, but also, we can allocate to a job.

“The things that Sternfenster have put in place for us have made a big difference from managing the operating budget, cashflow, the charts that we have put in place to see when we need to pay people and what’s the best way of doing it,” Steve concludes.

‘Having a skilled trade is a great option’:...

The benefit of retrofit: why we must improve... 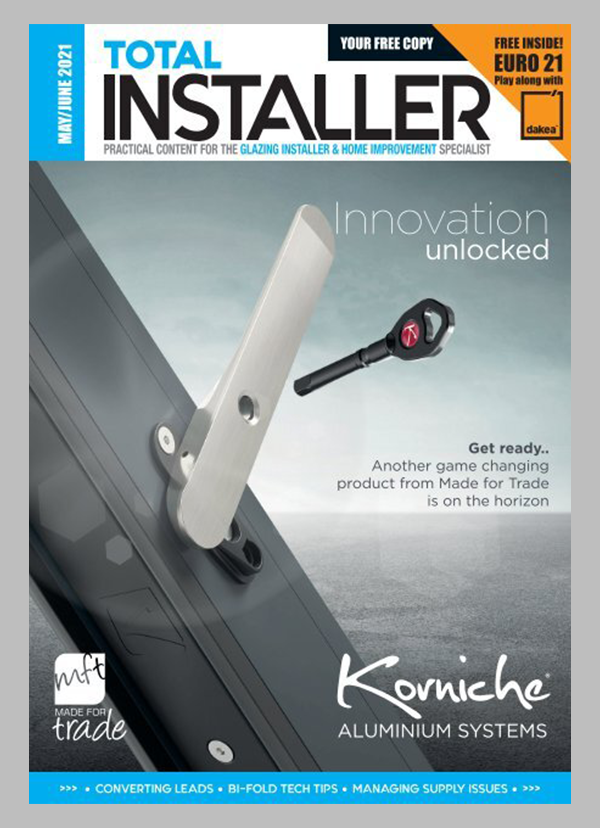