TommyTrinder.com says it has launched its new Framepoint Technology ‘so installers can sell with a “wow”‘.

Designed by installers for installers, Tommy Trinder says the technology makes it easy to sell all types of windows and doors – regardless of manufacturer and material – ‘via an interface that’s as simple as sketching on a pad’.

Tommy Trinder’s Framepoint Technology was developed by former installer, Chris Brunsdon, who, having started life in a family-owned retail window company,  set up the hugely successful, national TimberWindows.com (www.timberwindows.com), selling it after six years. He then established Jack Brunsdon & Son (www.jackbrunsdon.co.uk), growing it to a chain of 10 branches before selling that to Inwido after two years.

“Buying windows should be enjoyable, like kitchens, but usually it’s anything but because the industry has made it hard for the installer to sell – and hard for homeowners to buy,” says Chris. “The number of products installers sell has mushroomed as they try to offer what customers demand. But every product has different sales aids and software. It’s virtually impossible for installers to juggle them all. So, installers use a hotchpotch of brochures, websites, desktop software and apps, and their own portfolio – or a brochure and little else because it’s so difficult to manage them all in the home! You’d have to be a brilliant salesperson to cope, and most of us aren’t brilliant. So, installers’ sales are not what they could be.”

Chris says this is a problem because the whole industry relies completely on how well installers sell: systems companies, hardware, software, glass, the media, and fabricators! If installers aren’t selling well, the market suffers, and everyone along the chain is held back. That’s the problem he set out to solve.

“Most configurators, for example, are designed from the perspective of manufacturers to help installers order ‘correctly’ and lock them in,” Chris explains. But, with his installer background and a top technical team, Chris designed Tommy Trinder’s Framepoint Technology with a sole focus on helping installers sell and homeowners buy. “It’s ‘probably’ the only technology that both installers and homeowners love. Think Apple versus Microsoft,” Chris explains. “It also makes it extra-easy for installers to order what they sell, whoever supplies them. And it’s got a touch of magic, the wow that everyone loves!”

After six years of research and listening to installers, Tommy Trinder’s Framepoint Technology was soft launched at the end of 2019. “Framepoint Technology injects real professionalism into the installer’s pitch – it actually allows homeowners to sell the windows and doors to themselves!” Chris concludes.

A window into the past: Rehau unveils its...

A new ERA of forged hardware from Endurance... 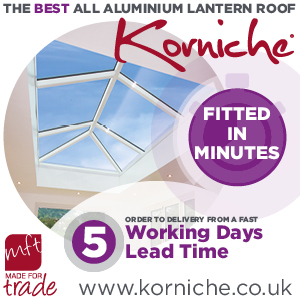